Houston ranks the most populated city in the entire state of Texas, as well as the fourth largest city in the United States. It covers 667 square miles, housing a population of more than 2.2 million people.

Founded in 1836, Houston was named after former General Sam Houston, president of the Republic of Texas at the time. The city grew dramatically over the years, thanks to the thriving port and railroad industry, as well as nearby oil production. Today, Houston is home to NASA’s Johnson Space Center and Texas Medical Center. Nicknamed the “Space City”, Houston is now considered the most diverse city in Texas.

Located more than 100 miles from the Louisiana border and 250 miles south of Dallas, Houston has a climate that’s classified as humid subtropical. This means the summers are hot while the winters stay mild. More than 300 parks fill the city, along with some 200 additional green spaces.

Getting around Houston typically means driving a car, as well as keeping that car in good condition. When it’s time for auto repairs, McDaniel Auto Care is proud to serve drivers throughout Houston with superior workmanship on a wide range of makes and models. We’re conveniently located on Briar Forest Drive, where we look forward to meeting you and earning your trust. 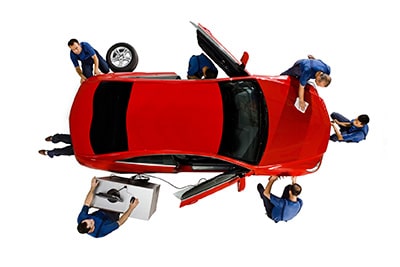 Play Area for the Kids

Seeking a bilingual Service Advisor that is customer savvy, eager to learn, punctual, and can work 6 days a week. TX driver’s license required. Will train you if you do not have experience as a service advisor. Must have Auto repair or auto part experience.  MUST BE BILINGUAL